Scientists Think 2018 Will Be A Big Year For Earthquakes

Unlike other types of natural disasters, earthquakes haven’t really be predicted … until now.

Scientists believe that 2018 will be a big year for earthquakes because the rotation of the planet has slowed down, according to a new study.

While seismologists are still working on different methods to predict earthquakes, by studying past events, they’ve found that large earthquakes do share some specific patterns.

By analyzing data of earthquakes occurring in the world at a 7 magnitude or greater since the 1900s, scientists have found that periods where quakes were far more frequent were during years when the earth’s rotation was slowed. 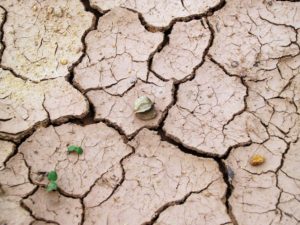 Though this shift is only about a millisecond slower in a 24-hour day, this change creates more pressure in the earth’s core which pushes up into the top layers of the planet’s crust where earthquakes occur.

In just the past few months, we’ve seen devastating earthquakes across the world, like Mexico’s 7.1 temblor that struck Mexico City on Sept. 19 and the 7.3 quake that just shook the Iran-Iraq border on Nov. 12.

In addition to suggesting why we’ll have an upsurge of earthquakes in 2018, the study also mentions where we’ll see the most seismic activity. Scientists are predicting the majority of the earthquakes will happen near the equator.