Santa Monica is serious about preparing for the next big one.

The city is requiring some 2,000 buildings to be seismically retrofitted in a measure to prepare the area for a major earthquake.

Going one step further than Los Angeles’ recent measure requiring the retrofit of wood-framed and concrete buildings, Santa Monica is including properties built from steel-frame structures.

Though steel-frame buildings were once believed to be some of the safest structures in Southern California, the Northridge earthquake of 1994 saw these same buildings – 25 to be exact – suffering major damage from seismic activity.

While there were no deaths or complete collapses caused by these building fractures, many of the properties were demolished because they were left irreparable.

Retrofitting these buildings will be rather costly, especially since many of these steel-frame structures include skyscrapers and high-rises in the area. 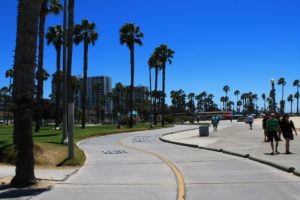 City officials estimate it will cost somewhere from $5,000 to $10,000 per unit to retrofit a standard wood-frame apartment building and $50 to $100 each square foot to retrofit a concrete and/or steel building.

According to the U.S. Geological Survey’s simulation of a 7.8 earthquake or greater in Los Angeles, five high-rise steel buildings collapsed.

That’s why the mayor of Santa Monica says he’s “committed” to making the area seismically safe.

“We are very committed here in Santa Monica to make sure we are resilient in the face if possible catastrophe,” Mayor Ted Winterer told the Los Angeles Times. “We want to make sure that we are doing everything we can to protect our community.”