Santa Monica is committed to ensuring seismic safety for their residents and visitors.

On Tuesday, the Santa Monica City Council passed legislation requiring 2,000 buildings – including those constructed with concrete and steel-frame foundations – to be retrofitted if found susceptible to earthquake damage.

The measure was first proposed back in February, and was “unanimously approved” during Tuesday’s vote.

Property owners of these 2,000 buildings deemed “vulnerable” will be notified beginning in May to get their units’ inspected for seismic safety.

If found inclined to earthquake damage, these buildings will have to be retrofitted and strengthened. The buildings listed include commercial properties and multifamily apartment structures. 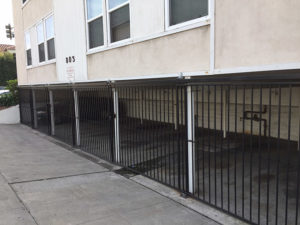 Retrofitting these buildings will be rather costly, especially since many of these steel-frame structures include skyscrapers and high-rises in the area.

City officials estimate it will cost somewhere from $5,000 to $10,000 per unit to retrofit a standard wood-frame apartment building and $50 to $100 each square foot to retrofit a concrete and/or steel building.

Nevertheless, safety is of the utmost importance to Santa Monica’s Mayor Ted Winterer.

“We want to do as much as we can to limit the loss of life and infrastructure, so in the event of a disaster, we bounce back strong,” Mayor Ted Winterer explained in a statement about the ordinance.