Two homes were red-tagged in the Hollywood Hills on Tuesday after suffering a significant landslide.

One property lost a large part of its backyard after it fell down a hillside. Other homes in the area have been evacuated as a precaution.

A spokesperson for the Los Angeles Fire Department told KTLA that the incident was reported at 5:30 p.m. on Monday, when a substantial portion of the backyard slid down the hill near Laurel View Drive. Residents were unable to evacuate and had to call 911 for help. While there are no injuries to report, five nearby homes have been evacuated as the area and its structures are being examined for safety.

The incident highlights the importance of building properties with strong foundations, especially when it comes to expansive soil.

Many homes in California were built using raised foundations in the late-1950s, to prevent damage or collapse caused by expansive soil. However, when the ground gets wet — particularly after heavy rainfall — the soil will increase in size. When the material dries, it shrinks which forms cracks. These cracks can create major foundation issues over time, and weaken a home’s structure. 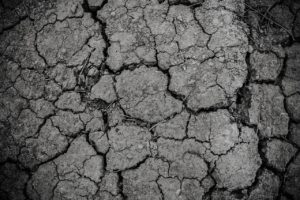 “When it comes to soil type, certainly we all would like to be on bedrock. Unfortunately, the vast majority of homes are not,” says Julian De La Torre, founder of Julian Construction.

De La Torre stresses that any home built on expansive soil should be inspected to help prevent serious foundation issues.

“While there’s not much we can do about the soil we are on, we can do a lot when it comes to the attachment of the structure to the ground,” De La Torre notes.

If your home was built on a hillside or expansive soil, call a professional foundation contractor and have them to conduct an inspection. The contractor will be able to discuss any foundation issues.

Julian De La Torre is an expert in Los Angeles foundation repair, foundation replacement and house leveling. As the founder of Julian Construction, his company has inspected over 15,000 structures, working with engineering firms & local departments of building and safety.