Everything You Need To Know About Earthquake Retrofitting

As a California resident, you know the “Big One” is coming.

After Mexico’s massive earthquakes in September, we saw what kind of damage a 7-8 magnitude quake can cause. Several buildings collapsed because of the violent shaking, leaving almost 300 people dead.

But, that doesn’t have to be your fate.

Thanks to advances in structural engineering, foundation specialists like Julian Construction, can retrofit your home or apartment complex, to better withstand the ferocious shaking of a massive temblor.

The main purpose of earthquake retrofitting is to ensure that your property does not get thrown off its foundation. 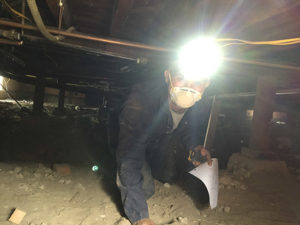 If your home does not have cripple walls, that means the property’s floor framing sits directly on the mudsill. While this is typically found in newer homes, and is considered less dangerous than homes built with cripple walls, the connection of the floor to the framing often needs reinforcement for total seismic safety.

Many times, you’ll see “toenails” used to hold these structures in place. But, these “toenails” have been proven too weak to withstand a major earthquake, which is why strong seismic movement can cause the structure to slip off its foundation.

When you’re reinforcing a property’s framing connection to its foundation, a contractor may use a custom connection, like Angle Iron Struts, to lock the structure in place.

And if your property is considered a “soft story,” meaning there’s been a room built over a large open space like tuck-under-parking, a foundation specialist may recommend reinforcing the “soft” area of the structure by installing plywood bracing along the walls and openings. If this type of support doesn’t work with the structure, a steel moment frame may be used as another retrofit option.

After the devastating earthquakes that shook Mexico last month, Los Angeles mayor Eric Garcetti made a public plea, urging local governments and building owners to get all structures in southern California up to seismic safety code as soon as possible.

“What’s more expensive, the loss of your entire property – let alone the loss of lives – or the investment in making sure that no earthquake of that size will destroy your building or kill anyone?” he asked Angelinos.