California Could Get An Early Earthquake Warning System By Next Year

It’s about time! During a meeting for the Japan Geo-science and American Geo-physical Union, Caltech seismologist Egill Hauksson said that California could get its early earthquake warning system by next year.

Already, earthquake sensing stations are being installed throughout California, staffing for the system has begun and the software has seen major improvements.

Earlier this month, congress approved a $10.2 million budget for the system, up $2 million from last year.

The earthquake warning system could give as much as a minute’s notice before the shaking of a major quake makes its way to densely populated cities and public areas.

The system would allow places like classrooms, offices, malls, amusement parks, hospitals, police stations and fire stations to have access to these alerts, saving many more lives with extra seconds to drop and cover. 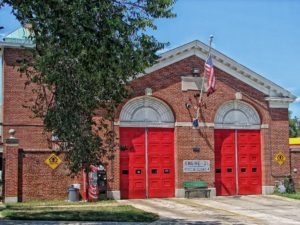 For now, seismologists are hoping for a limited release – installing earthquake alarm systems in public areas first – but, eventually notifying people by phone and computer.

“I think what is the most likely to happen is that the rollout will be in stages, where the end goal is a West Coast-wide – from Mexico-U.S. border to the Canadian U.S. border – systems,” Diego Melgar, research geophysicist at Berkeley, told the L.A. Times.

Even a few extra seconds of time before an earthquake could save countless lives.

Julian De La Torre is an expert in Los Angeles earthquake retrofitting, foundation inspection, foundation repair and foundation replacement. As the founder of Julian Construction, Julian and his company have inspected over 15,000 structures.

Julian Construction routinely works with engineering firms and local departments of building & safety. The company has done more seismic retrofit work in Los Angeles than any other company in the area over the last five years.