California’s Next Big Earthquake Not What Expected

LOS ANGELES, CA: Julian Construction, Inc. (julianconstruction.com), a foundation repair company and general foundation contractors in Los Angeles, has been researching the upcoming earthquake predicted to hit the San Andreas fault, the “Big One.” What they’ve found is the approach of an even bigger quake, predicted to hit from an unsuspected source. 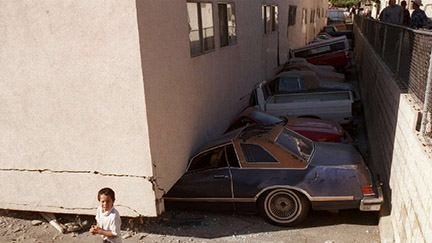 In a recent article, building safety inspection specialist Shawn Kyles stated: “You’ve probably seen more than a few stories about the ‘Big One’ – a magnitude 8.0 or greater earthquake that scientists predict will occur along the San Andreas Fault sometime in the future. Whether that future is an hour from now, next week or decades away is unknown…But scientists are now claiming that a quake along the lesser known Cascadia fault (technically called the Cascadia subduction zone) could be even deadlier.”

Much more is said about the previously unknown Cascadia fault quake, as well as San Andreas, in the full article.

Mr Kyles does make a final statement to California residents on earthquake preparedness: “Part of that preparation includes earthquake retrofitting your home, especially if the house was built during or before the 1980s. Even a new house should be given a foundation inspection by experienced foundation contractors. Doing everything you can to improve the structural integrity of your home could end up saving lives when the ground begins to shake.”

Julian De La Torre, founder of Julian Construction, stated: “We have to be prepared. We cannot stand by and let this happen. We know about it now, so all homeowners need to take action to be prepared. Securing your foundation will mean increased safety for your family in the event of an earthquake, so your home can stay standing.”