On Wednesday, a 5.7 magnitude earthquake rattled California. The epicenter was near Cartoga, CA, which is about 180 miles north of Los Angeles.

The temblor occurred at 10:45 AM, with intense shaking felt near Lone Pine and Bishop, and in parts of Los Angeles. Several rockslides occurred after the quake near Inyo County.

The recent quake in California comes on the heels of the massive 7.4 magnitude earthquake that rattled Southern Mexico, in Santa María Zapotitlán in Oaxaca state, near El Coyul. 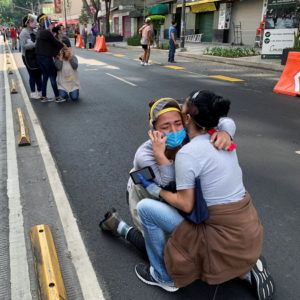 At least six people have been killed, and hundreds of homes and several hospitals in the area have suffered damage and destruction.

One death was reported from a collapsed structure after the earthquake, just east of the popular tourist destination Huatulco.

Six people were likewise injured in Mexico City, which is roughly 300 miles from the epicenter of the quake.

The shaking was so severe, it was also felt as far as Guatemala, Honduras, and El Salvador.

These recent earthquakes highlight the importance of proper earthquake safeguards and preparation.

Earthquake retrofitting is the only way to ensure the safety of you and your loved ones during and after a large earthquake.

While many homeowners continue to put off seismic retrofits, it’s important to remember that this is a very small price to pay for ensuring the welfare of those who live in your home and the value of your property when a large earthquake strikes.

Julian Construction was formed in 1994 and our focus has always been on building foundations, doing foundation repair and replacement, earthquake retrofitting, and house leveling.

And in order to keep foundation repair affordable for our customers, we offer a price guarantee — because we know our quote for repair will represent your very best value. Click here to schedule your FREE home inspection.